The image below is an example of an “accretion-powered millisecond pulsar”, a class of objects that is extensively studied by Deepto Chakrabarty’s group at MKI. 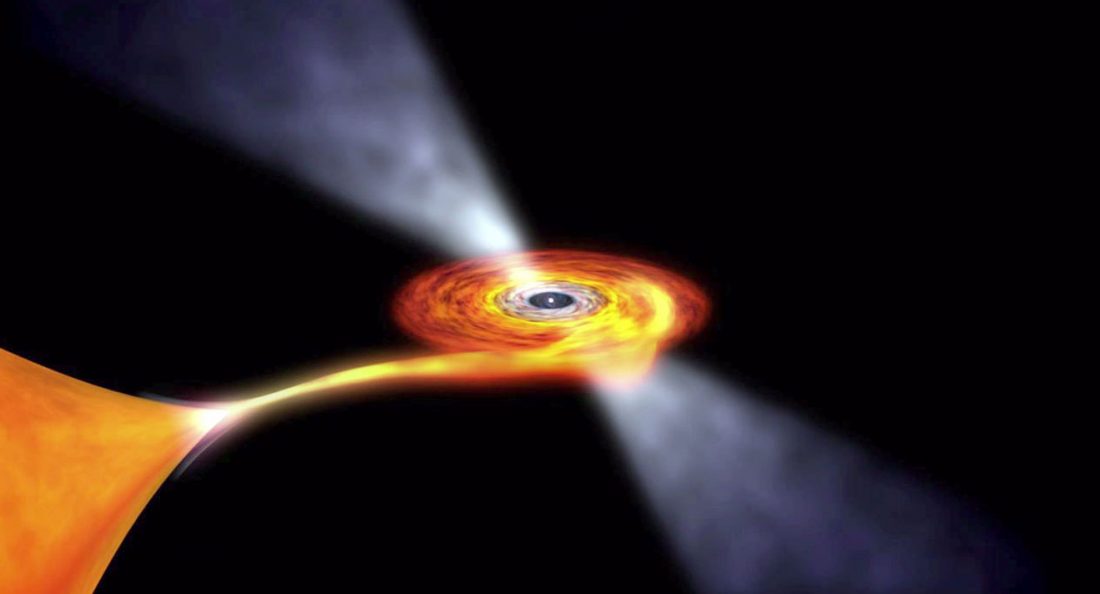 This animation illustrates how an old pulsar in a binary system can be reactivated — and sped up to a millisecond spin — by accreting gas from its companion star. Credit: NASA

This image (below) of the debris of an exploded star – known as supernova remnant 1E 0102.2-7219, or “E0102” for short – features data from NASA’s Chandra X-ray Observatory. E0102 is located about 190,000 light years away in the Small Magellanic Cloud, one of the nearest galaxies to the Milky Way. It was created when a star that was much more massive than the Sun exploded, an event that would have been visible from the Southern Hemisphere of the Earth over 1000 years ago.

Chandra first observed E0102 shortly after its launch in 1999. New X-ray data have now been used to create this spectacular image and help celebrate the ten-year anniversary of Chandra’s launch on July 23, 1999. In this latest image of E0102, the lowest-energy X-rays are colored orange, the intermediate range of X-rays is cyan, and the highest-energy X-rays Chandra detected are blue.  The Chandra image shows the outer blast wave produced by the supernova (blue), and an inner ring of cooler (red-orange) material. This inner ring is probably expanding ejecta from the explosion that is being heated by a shock wave traveling backwards into the ejecta. 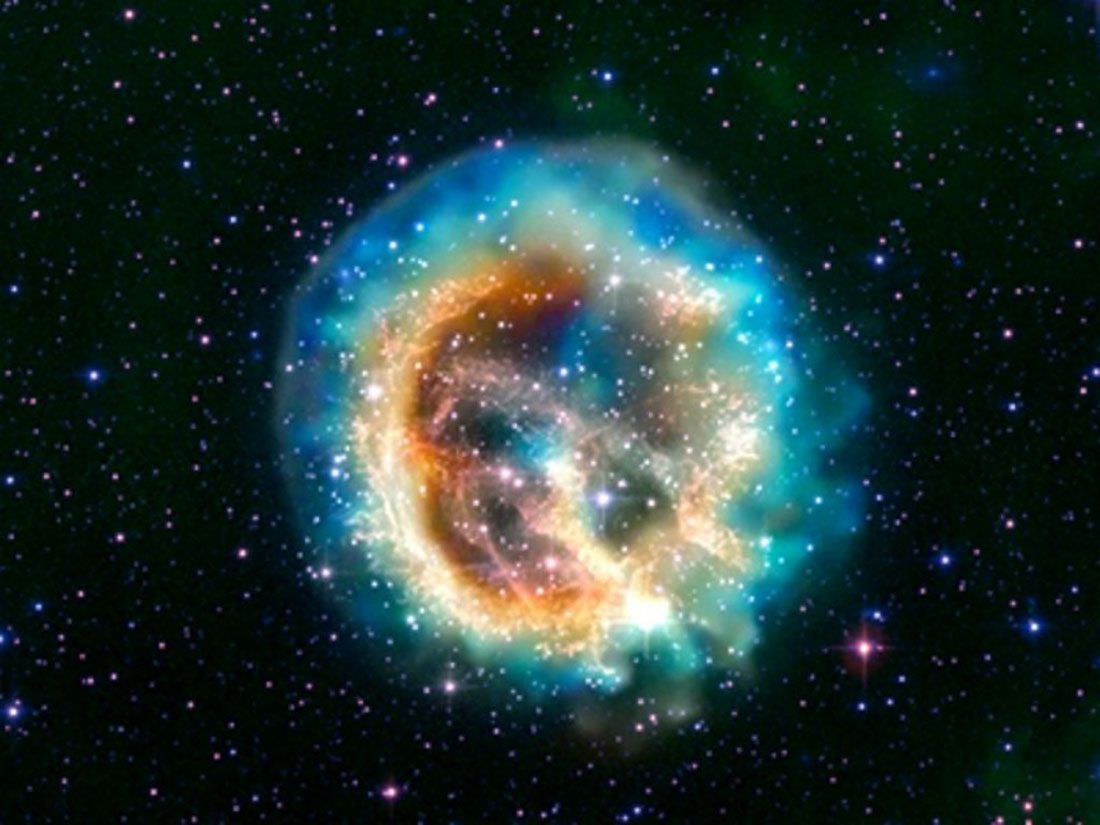 Supernova remnant E0102, the remains of an exploded star in the small magnetic cloud